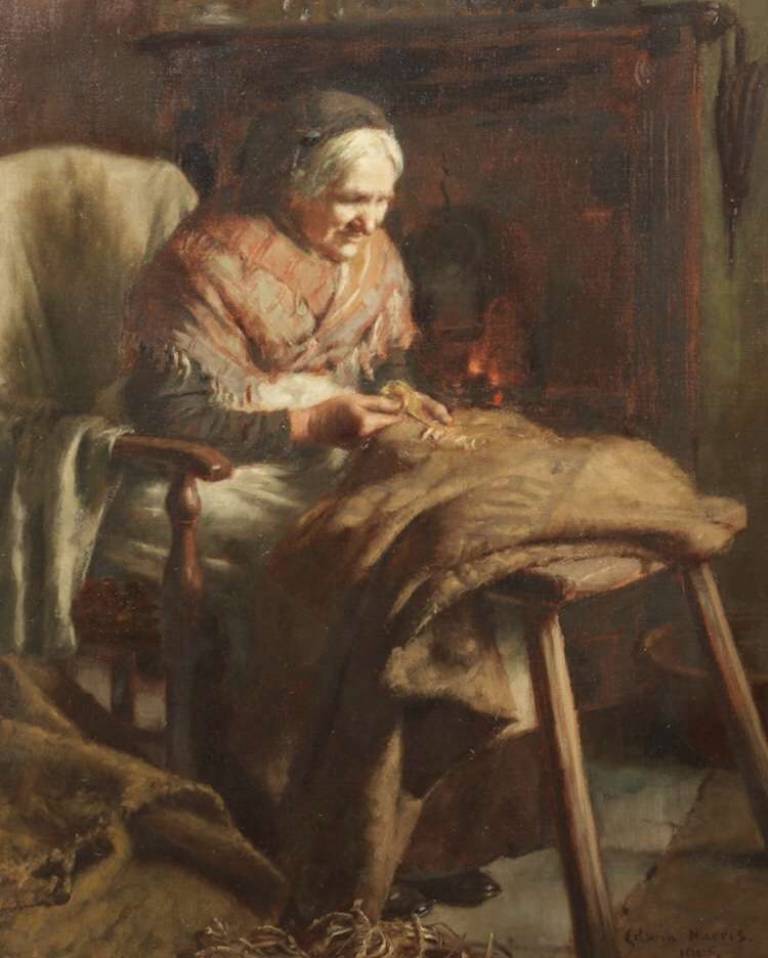 Enquire about this item

Edwin Harris (1855 – 1906) was an English painter born in Ladywood, Birmingham who became one of the pioneers of the Newlyn School.

At age fourteen, Edwin attended the Birmingham School of Art, alongside fellow students Walter Langley, William John Wainwright and William Breakspeare,  Harris was appointed Assistant Master and after two years set up his own studio, painting and giving lessons.

In 1880 he moved, with Wainwright, to Verlat’s Academy in Antwerp, where they were chosen to join twelve other talented students in a separate studio to paint nudes.  Harris began exhibiting at the RBSA and was an early member of the Art Circle formed to encourage young artists.

He visited Newlyn, Cornwall in 1881 and after a year went to Pont Aven in Brittany, a popular venue for plein-air painters from Europe.  In 1883 he settled in Newlyn where he lived for twelve years and worked with other Newlyn School painters Langley, Wainwright, Fortescue, Alexander and Elizabeth Forbes, Thomas Cooper Gotch and Frederick Hall.  In 1886 Harris was elected Member of the Royal Birmingham Society of Artists.  In 1895 he left Newlyn to take up portrait painting in Cardiff, Newport and Bristol and this became his main source of income.  In 1898 he returned to Birmingham, opening a studio in Norwich Union Chambers, and settled in Cleeve Prior where he died in 1906.