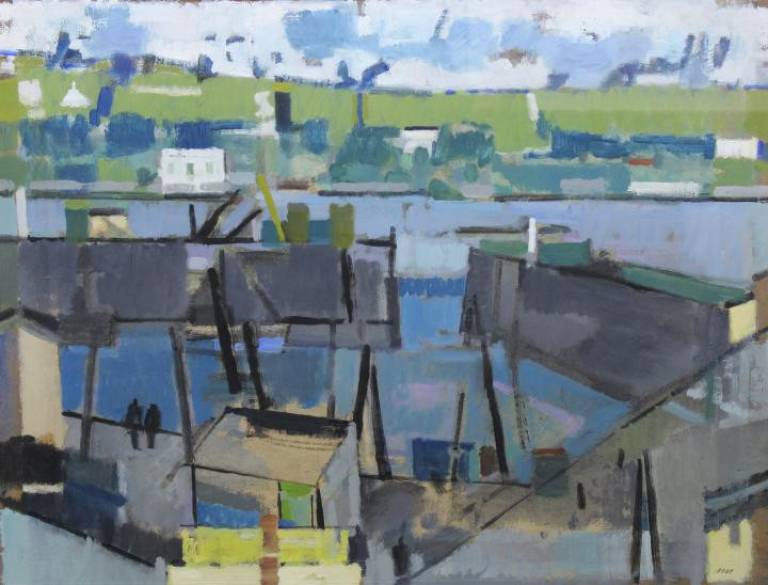 Born in Birmingham in 1938 Michael attended The Royal College of Art and The Royal Academy in London. Michael was known for his good looks and love of fashion and became very much part of the swinging sixties art scene London. He was friends with David Hockney and Patrick Proctor- he was painted by Hockney. Subsequently Michael moved to Mousehole in West Cornwall, where he concentrated on his own unique and abstracted representational landscape work. Michael also moved into teaching and taught both Tracy Emin and Damian HIrst at The Royal Academy. HIs work is in collections worldwide including The Arts Council Collection UK, The Southbank Centre in London and The British Council Collection.