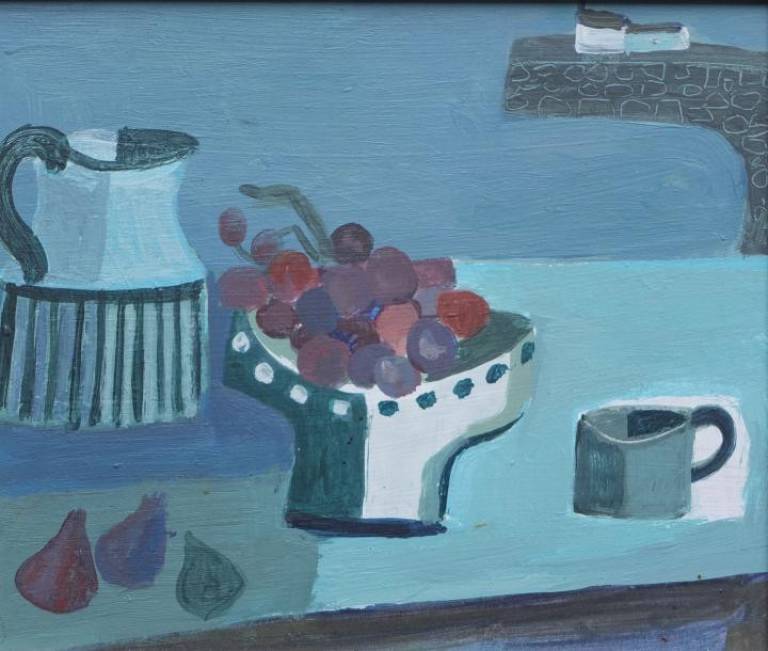 Born in 1922 in Derbyshire, Biddy Picard attended Chesterfield School of Art before training at the Slade. After a period of teaching art in Bristol she moved to Wales and then in 1974, to Cornwall.Biddy has remained a long term member of the Newlyn Society of Artists and has also taught both painting and ceramics at the Penzance School of Art.

One of the woodcutters who came first to the lamorna valley, biddy and her husband Bill Picard were at the centre of the artistic circles of mousehole and newlyn. In later years they established the mousehole pottery and gift shop. Biddy Picard’s work has been exhibited regularly at galleries throughout Cornwall and also in the Midlands, the North of England and London.

Her paintings are widely collected and included in many private collections in both the United Kingdom and Europe. “I try in my painting to convey some of the particular magic of West Penwith; the feeling of remoteness, the intensity of light and the rapid changes of mood. Thrusting into a restless sea, it is an “end place” where little harbours cling to the stern granite rocks, for me a special land unlike any other”. Due to failing eyesight Biddy unfortunately no longer paints but remains as vivacious as she ever was.