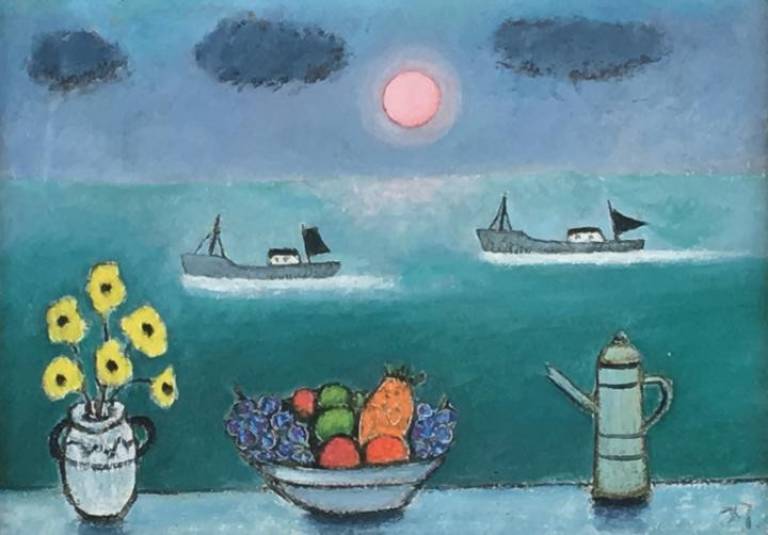 Joan Gilchrest was born in London in 1918. In 1958 Joan Moves to Mousehole where she starts to exhibit her work at the Newlyn Art Gallery and the St'Ives society of artists. Joan Gilchrest painted the life of the rugged Cornish fishing life of Newlyn, Mousehole and St,Ives. Joan Gilchrest's oil painting were naive and were influenced by Christopher Wood, Alfred Wallis and Bryan Pearce of St'Ives.  Joan Gilchrest could capture the humour of Cornish life in her colourful paintings. Joan died in her home in Mousehole in 2008. She is well remembered for starting off the Mousehole Christmas Lights, which still shine on to this very day attracting thousands of tourists to the quaint fishing village of Mousehole.