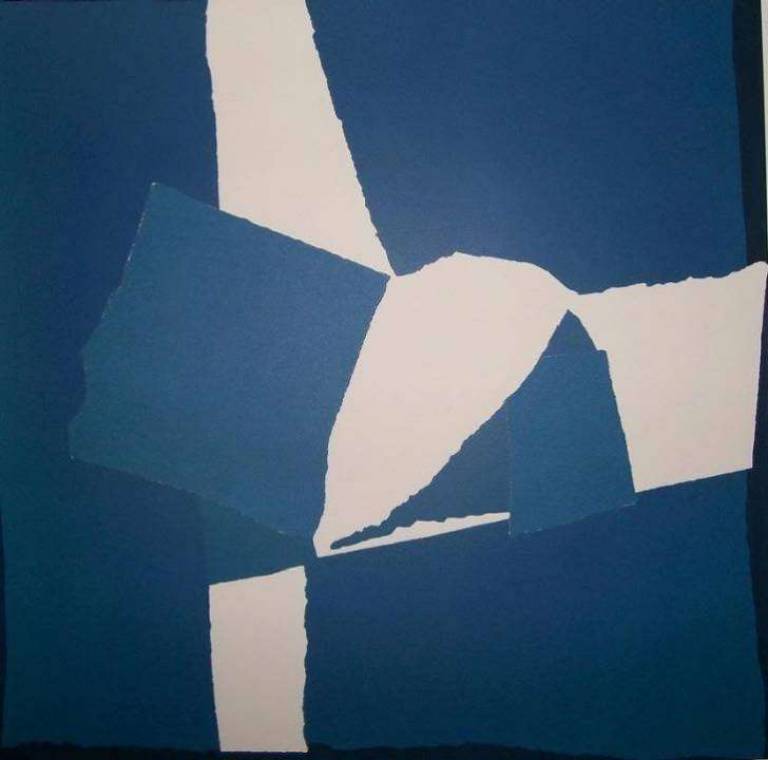 Sandra Blow was born in London in 1925, She left school at 15 and in 1940 entered St Martin's School of Art.  Shortly after WWII she studied at the Royal Academy schools and in 1947 moved to Italy for a year where she learned much from the well-known Italian painter, Alberto Burri adapting his style of using sackcloth, tar and other cheap materials later in her own work.

Returning to London in 1950 Sandra was recognised as a key member of the group of artists leading the abstract art movement – Patrick Heron, Roger Hilton, Gillian Ayres and others and in the late 1950s spent a period of time working near St Ives though returned to London and worked and taught in the capital for the next decade and a half.

Sandra moved back to Cornwall in the mid 1990s working from studios in St Ives.  Her collages, canvasses and prints are as vibrant, fresh and collectable as they were when they were first produced and she has a dedicated following within the art establishment.