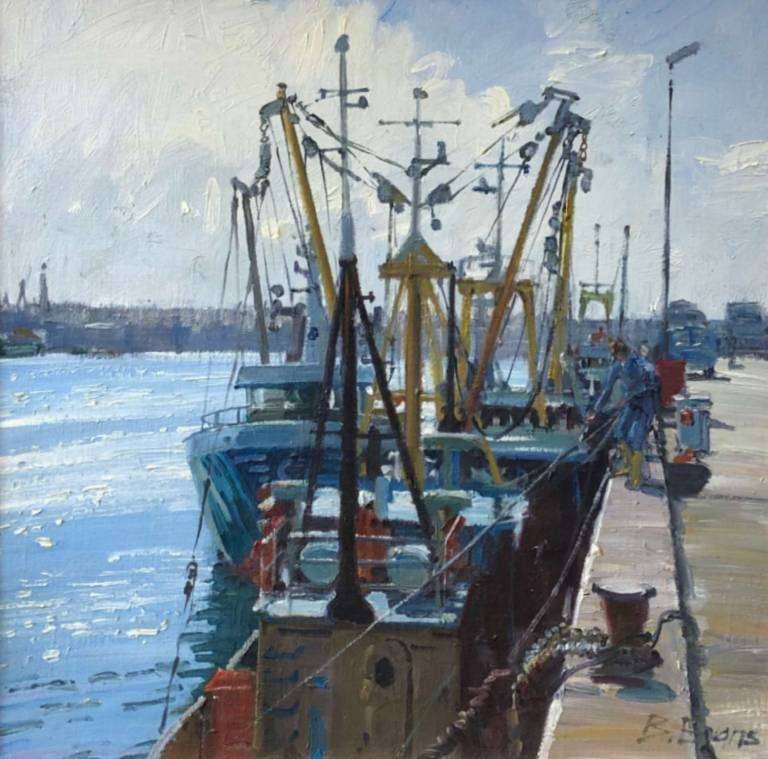 Cornwall artist Bernard Evans was born in Liverpool in 1929 and was a student at Liverpool College of Art and Camberwell School of Art. Bernard taught and lectured for 20 years in Cheshire and Nottingham then came down to Cornwall with Audrey his wife to run Mounts Bay Arts Centre which operated for 25 years from their house in Newlyn. He worked from a new studio built in the garden of his old house through to his death in 2014 aged 85.

Bernard was a figurative painter and an observer who worked mainly in oils. His subject matter was the visible world which surrounded him both in the fishing port of Newlyn in  West Cornwall.

Bernard enjoyed the light and form of the coastal landscape of West Cornwall and the rich life and colour of the fishing port of Newlyn in an age when the duller colours of the fishing vessels, equipment and clothes of the Victorian era have been replaced by brighter hues with the use of modern paints and plastics.

He exhibited widely throughout his life both in group exhibitions and in solo shows. He was a member and past chairman of the Newlyn Society of Artists