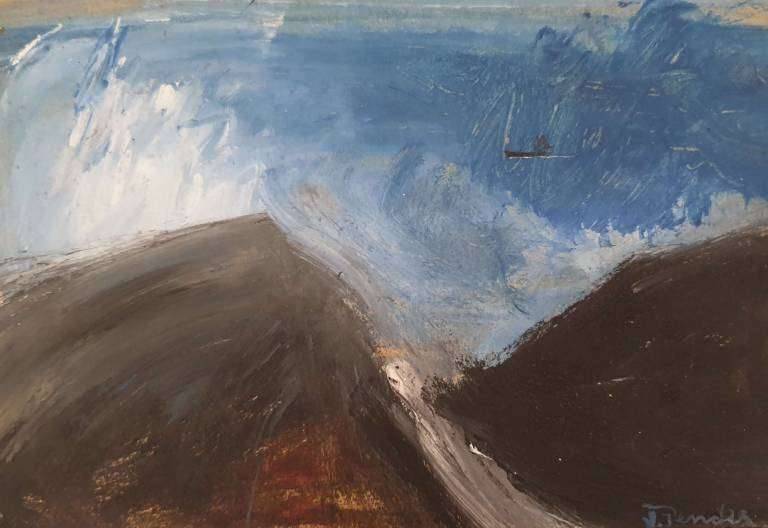 Jack Pender was born in Mousehole in 1918 surrounded by fishermen and what was then a working harbour. He attended the Penzance Art School before the second world war and began painting seriously in 1936. He went on to study in Greece, Exeter and Bristol but returned to Mousehole for good in 1956 where he continued painting until his death in 1998.

His work, mostly in oils was heavily influenced by the scenes around him and much of his work features boats or abstracted vessels, fishermen and harbour views. Widely respected in the artistic community his work appears in collections locally and abroad and has an atmospheric quality that is instantly recognisable. He was remembered alongside artists Patrick Heron, Terry Frost and Tony O’Malley in Margo Maeckelberghe's obituary.