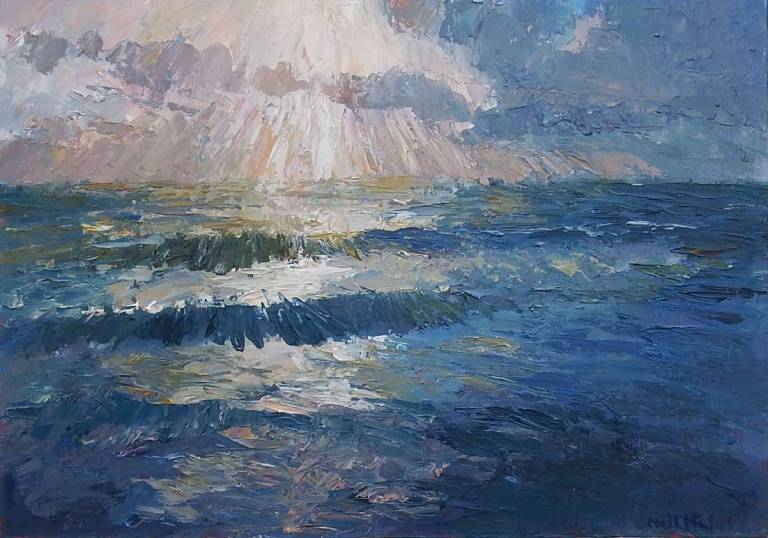 Neil Pinkett, born in St. Just, Cornwall in 1958, began his artistic career as a successful illustrator but moved into the fine art arena with a hugely successful debut solo exhibition in 1996. Since that date Neil has become one of the foremost landscape painters in Cornwall. His work has been exhibited at a large number of venues throughout the UK and has also toured in America.

Painting trips form a fundamental basis to his painting practice and include a 1000 mile cycle journey from Cape Wrath in Scotland to Cape Cornwall in 2006. The expedition was meticulously planned and he cycled through Scotland, North West England and Wales and the entire Atlantic coast of Devon and Cornwall. The physically demanding trip saw Neil produce a prolific amount of watercolours and sketches along the way of sweeping valleys, mountains, land and seascapes.

In 2008 he canoed down the River Shannon in Ireland painting from an easel stashed across the bow of a specially adapted canoe. The Shannon is the longest river in both Ireland and Britain at over 200 miles long from its source to the sea. In 2009, Neil undertook a second epic canoe and painting trip starting near the Forth Bridge in Scotland, through the Forth and Clyde and Glasgow and then out to the Inner Hebrides of Arran and Mull.