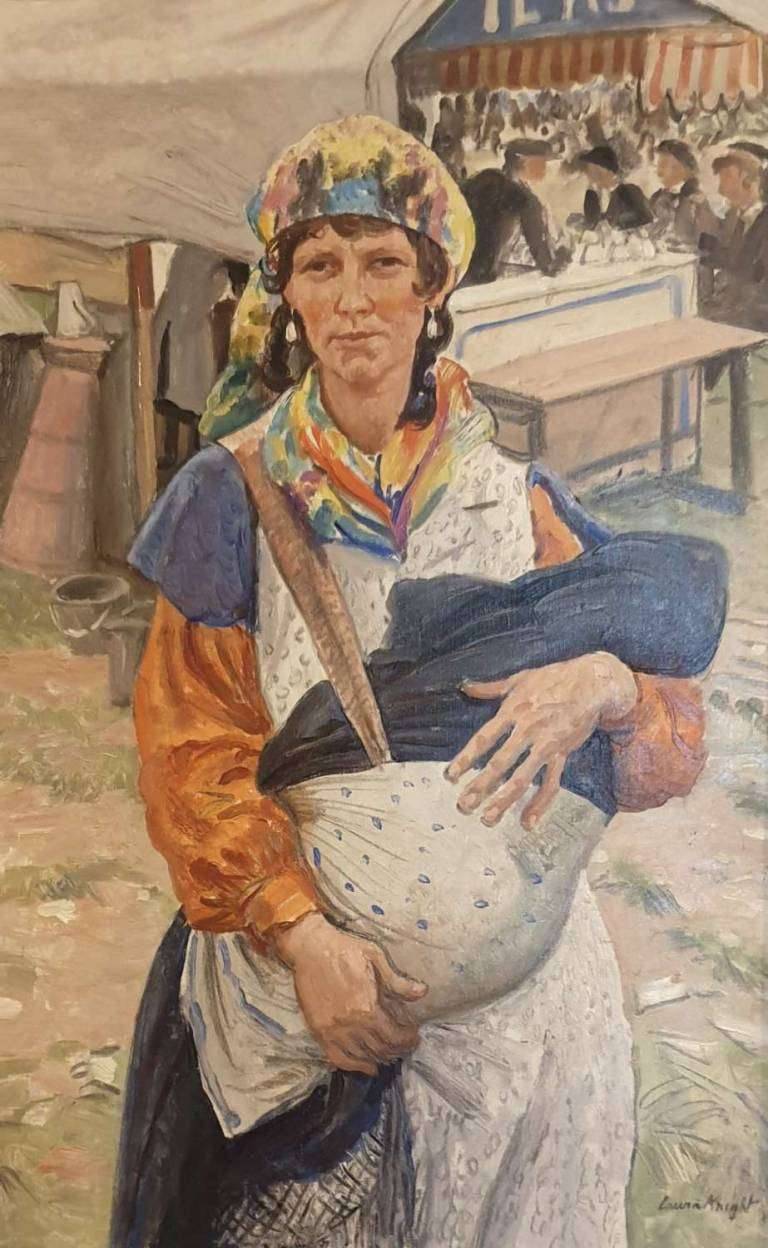 Dame Laura Knight OBE RA RWS (1877-1970) was an English artist born in Long Eaton, Derbyshire.  She worked in oils, watercolours, etching, engraving and drypoint and as a painter of the theatre, the ballet and a second world war artist, she was in the figurative, realist tradition embracing English impressionism. She was inspired by marginalised communities, including gypsies and circus performers. Her success brought recognition for women artists in a male dominated art establishment.

Aged 13, Laura enrolled as an ‘artisan’ student at the Nottingham School of Art where she met Harold Knight whose technique she admired.  They married in 1903 and travelled to Staithes in Yorkshire where her watercolours reflected the hardship of fishermen and farmers there.  They moved to Newlyn, Cornwall in 1907 and then to Lamorna where, with artists Lamorna Birch and Alfred Munnings, they joined the Newlyn School colony where Laura’s personality blossomed.  Her painting of the The Beach was shown at the Royal Academy in 1909 and, at this time, she started painting women plein air, often using London models prepared to pose nude.  Daughters of the Sun was well received at the Royal Academy in 1911.  In 1946 she painted The Nuremberg Trial, realistically depicting her observations of the main trial in Germany.  Her painting of Self Portrait with Nude was considered vulgar but after her death it was purchased by the National Portrait Gallery and is considered symbolic of female emancipation – in 2015 it was described as a masterpiece and her best work.
Laura became a Dame in 1929 and in 1936 was the first women member of the Royal Academy.  After a long and varied career, Laura died in 1970, aged 92.