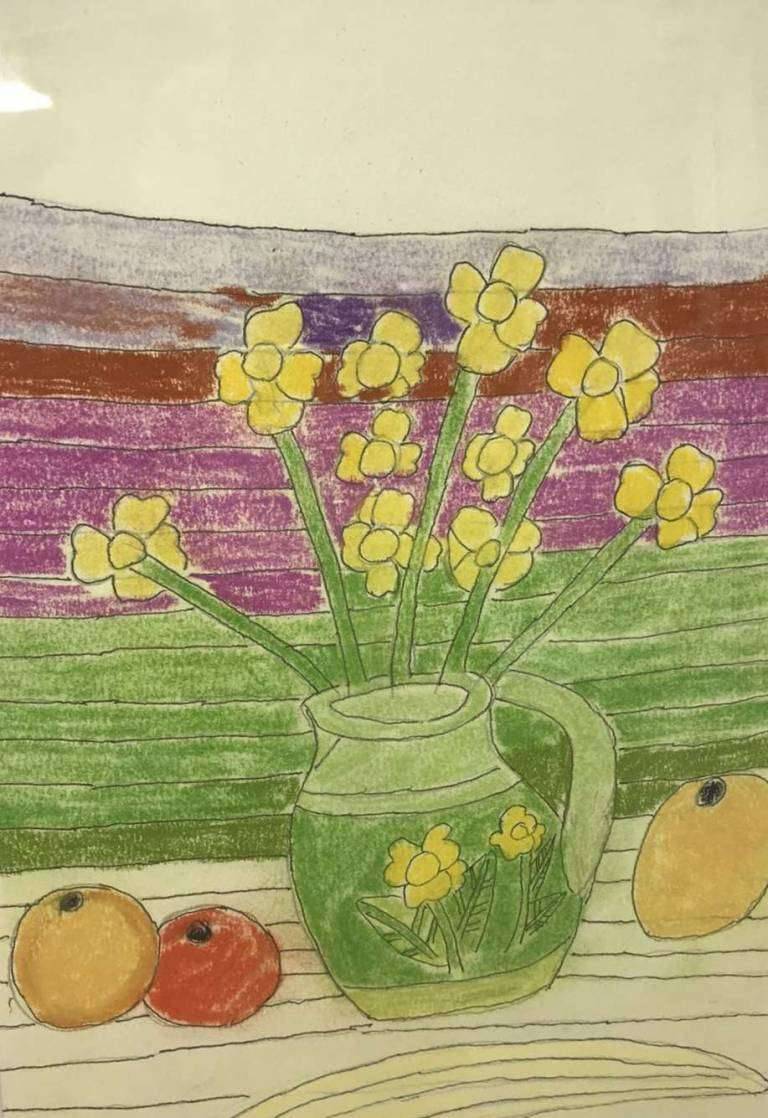 Bryan Pearce was born in St Ives in 1929, He suffered from the then unknown condition Phenylketonuria; which affects the normal development of the brain. He was inspired and encouraged by his mother who was a painter and then by other St Ives Artists, he began drawing and making watercolors in 1953. Pearce painted the world around him as he saw it with simple interpretations of space, color, and light. He would take regular walks around St Ives with close attention to the subtle changes within the town; his subject matter and also his home throughout the whole of his life. Often compared to the artist Alfred Wallis for his style of painting, he now recognized as one of the country's greatest 'naive' painters.