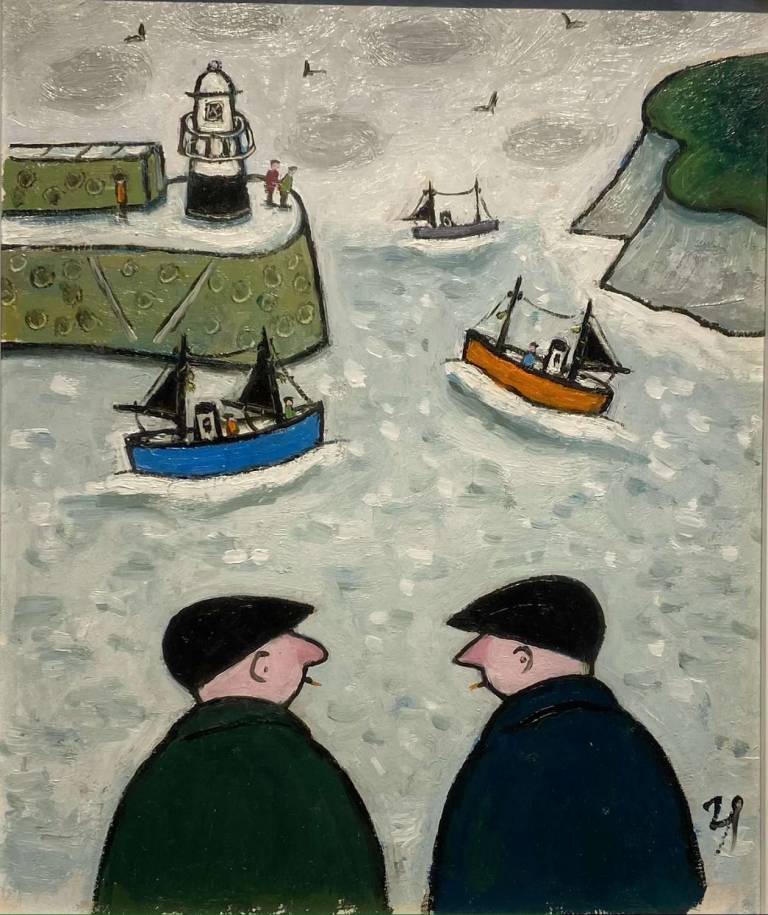 Joan Gilchrest was born in London in 1918 and went on to study at the Grosvenor School of Art under Iain Macnab, as well as in Paris at Gwen John’s studios. Early on in her career, she held exhibitions at the Royal Academy and the New England Art Club.

In 1958, Joan moved to Mousehole and started exhibiting her work at the Newly Art Gallery and the St Ives Society of artists. She painted alongside artists such as Francis Bacon, William Scott and Augustus John.

From the 1970s Gilchrest developed her distinctive naïve style, and her oil paintings were significantly influenced by Christopher Wood, Alfred Wallis and Bryan Pearce of St Ives. Her work depicted the life and characters in Penwith, and her colourful paintings capture the humour of Cornish life.

Joan died in her home in Mousehole in 2008. She is well remembered for starting off the Mousehole Christmas Lights, which still shine on to this very day attracting thousands of tourists to the quaint fishing village of Mousehole.

Please follow this link to a view a presentation of all our available paintings by Joan Gilchrest: https://office.artlookonline.com/lightbox/1447/67050/joan-gilchrest-at-the-tyler-gallery