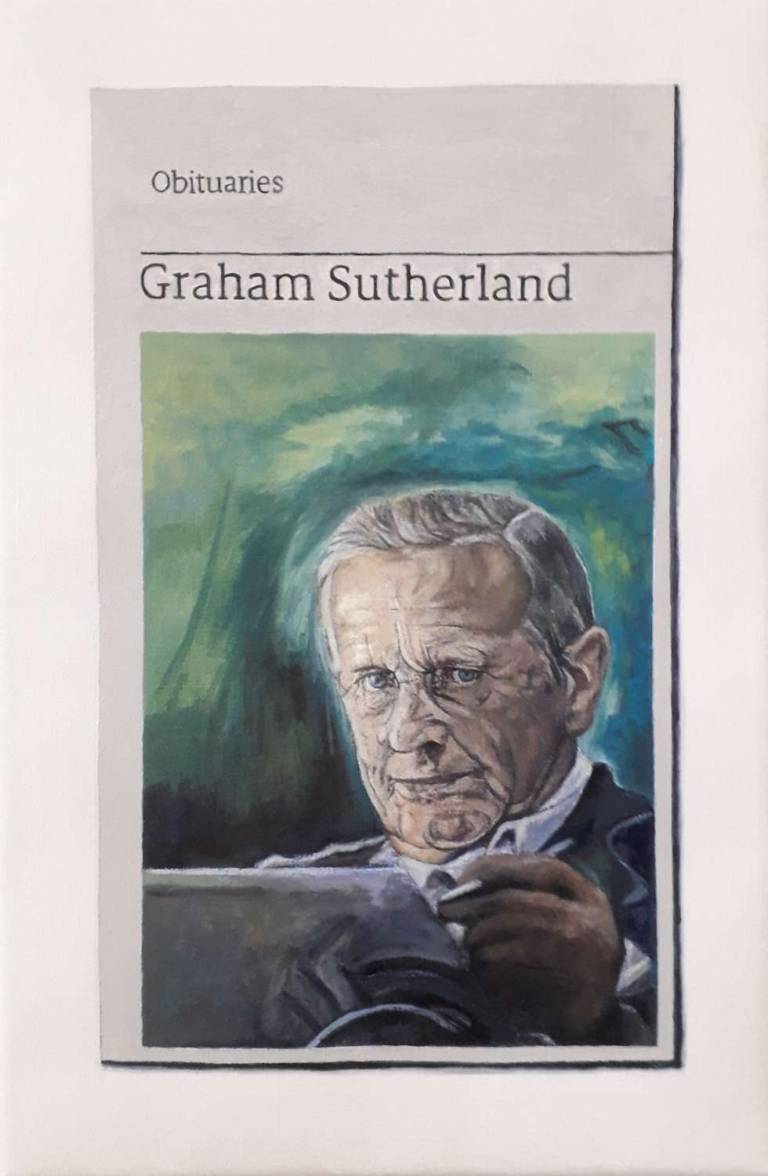 Hugh Mendes is well known for his ongoing series of obituary paintings, which

in recent years have mainly focused on other artists.

Scheduled to be shown at his MA final show, opening on September 11th

2001, the artist portentously paired George Bush with a Kalashnikov aimed at

him by the then relatively unknown Osama Bin Laden. This became the

precursor of one of Mendes’ two obsessions: the first being The War on

Terror, and the second being an unyielding recreation of newspaper

Obituaries. In recent years these have especially featured artist’s self-portraits

Mendes’ work can be viewed as an act of documenting history, an indexing that

is created simultaneous to the establishment of his own legacy.